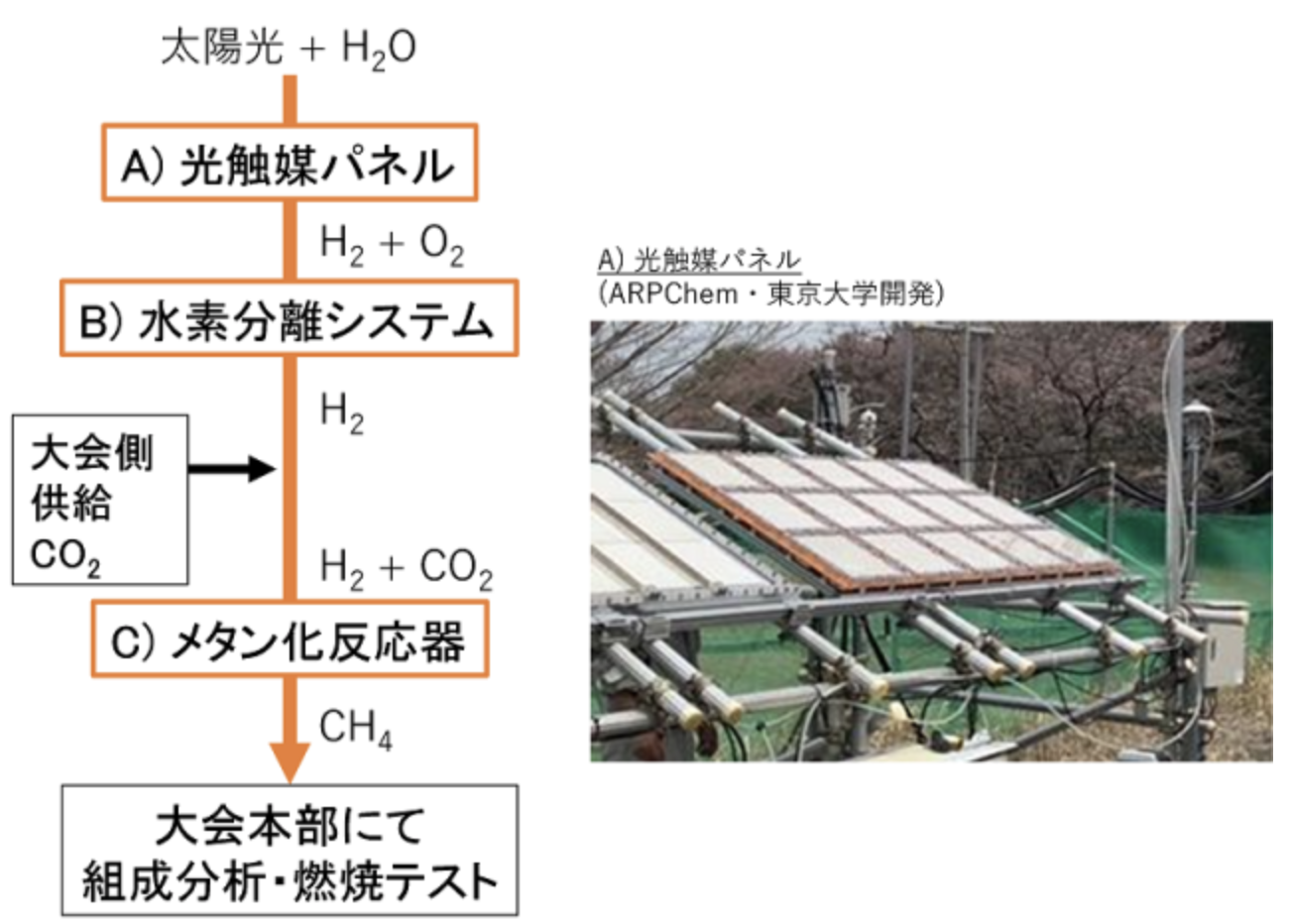 Posted in News of the month By schmid_wordpressPosted on 10. January 2023

The University of Tokyo and INPEX Co., partners in NEDO’s project “Technology Development for the Production of Key Chemicals Using Carbon Dioxide as Raw Material” and with the support of the Research Association for Artificial Photosynthetic Chemistry Process Technology (ARPChem)  have won the first place out of 22 teams  in the competition “Fuel from the Sun: Artificial Photosynthesis” sponsored by the European Innovation Council (EIC). The prize money was 5 million euros.

Competition content: Build a functional artificial photosynthesis prototype device that uses sunlight, water, and carbon dioxide as raw materials, operate it outdoors for three days, and synthesize fuel that can be used with a small engine. It is evaluated based on the novelty and completeness of the production system, the amount of fuel produced and production efficiency, the quality suitable for engine use, and the commercialization potential of the system. ・Competition venue: Joint Research Center Ispra (Ispra, Lombardy, Italy) ・Competition schedule: July 4-7, 2022 ・Award ceremony schedule: December 5, 2022 ・Prize money: €5 million