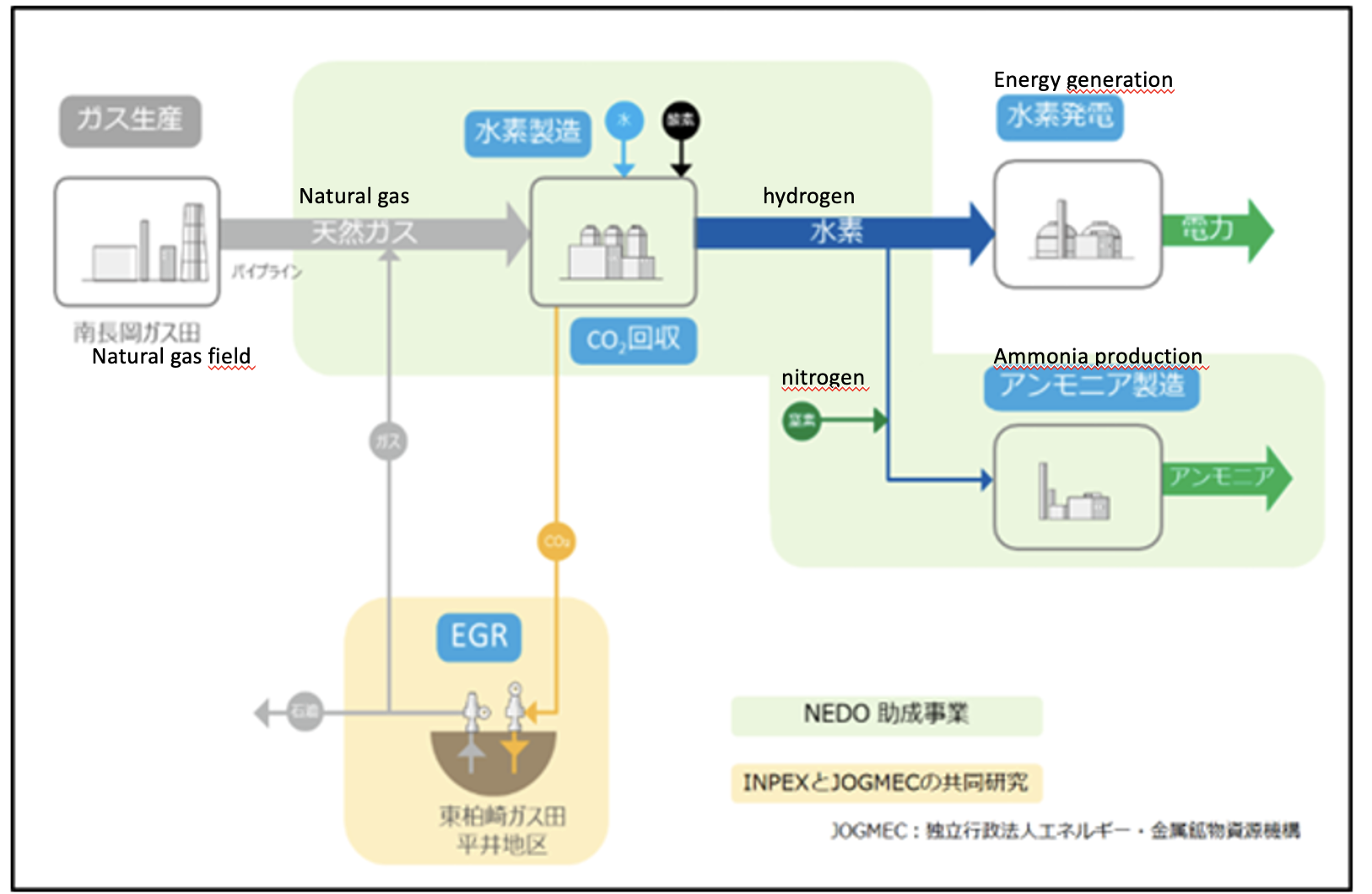 Posted in Environmental solutions, News By schmid_wordpressPosted on 17. November 2022

According to Japan’s “Sixth Basic Energy Plan” of October 2021 hydrogen and ammonia power generation is expected to account for about 1% of Japan’s power mix in FY2030.

Following this target, NEDO and INPEX Corp. will construct a “blue ammonia” facility at the INPEX Higashi-Kashiwazaki gas field in Kashiwazaki City, Niigata Prefecture. A demonstration plant there will produce 700 tons/year of blue hydrogen from natural gas, and  500 tons/year of blue ammonia. The excess hydrogen will be used for power generation. The CO2 produced as a byproduct will be injected underground into reservoirs following CCUS procedures, in collaboration with the Japan Energy, Metals and Minerals Corporation.