Skip to content
Posted in Environmental solutions, News By schmid_wordpressPosted on 27. September 2022

Sekisui Chemical plans to commercialize a technology that uses microorganisms to convert combustible garbage into ethanol by 2025. In April 2022, a 1/10th demonstration plant in Kuji, Iwate Prefecture, began operating, marking the start of the final stage of verification testing toward practical application. About 800 l ethanol are produced from 20 t of waste.

At the Kuji Demonstration Plant, ethanol is produced through the following processes: acceptance of waste, gasification, gas purification, ethanol conversion, and distillation. Kuji City accepts approximately 20 tons of general waste per day as raw material for ethanol, which is then transported to the demonstration plant. It is then crushed into small pieces, dried with hot air, and transported to a gasifier where it is steamed and gasified.
As this gas contains many impurities, proprietary technology is used to identify about 400 kinds of impurities contained in the gas, and about 10 substances that adversely affect the metabolism of microorganisms are removed by using adsorbents and other means. Microorganisms isolated by LanzaTech from rabbit feces produce approximately 5% ethanol from the purified gas. The ethanol is distilled to a concentration of 99.5%.

In cooperation with Sumitomo Chemical, it is attempted to convert ethanol into polyolefin plastics.

The combustible waste in the Kuji area contains a high percentage of food waste, whereas in waste from urban areas the percentage of plastic is higher. If the Kuji demonstration plant proves to be profitable, commercialization in urban areas will be considered. 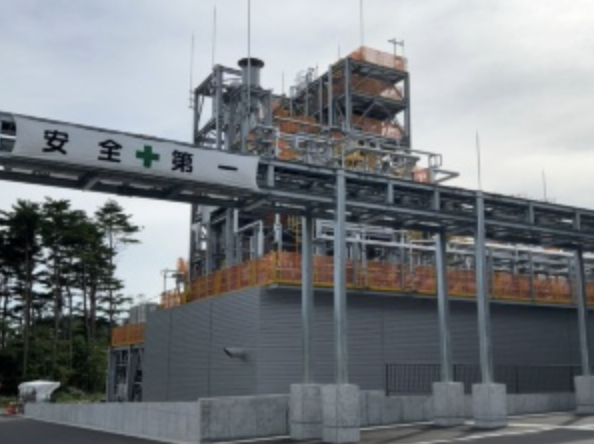 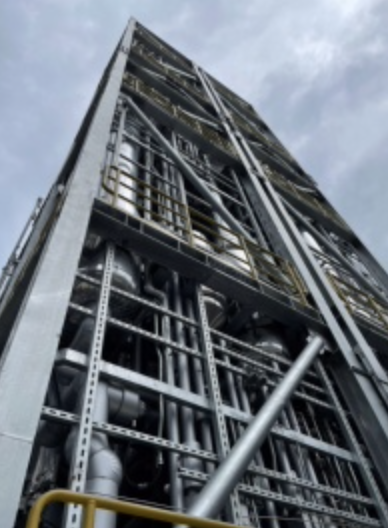 A plant for microorganisms that convert gas into ethanol, where the pH is maintained at a constant level to create a suitable environment for the microorganisms