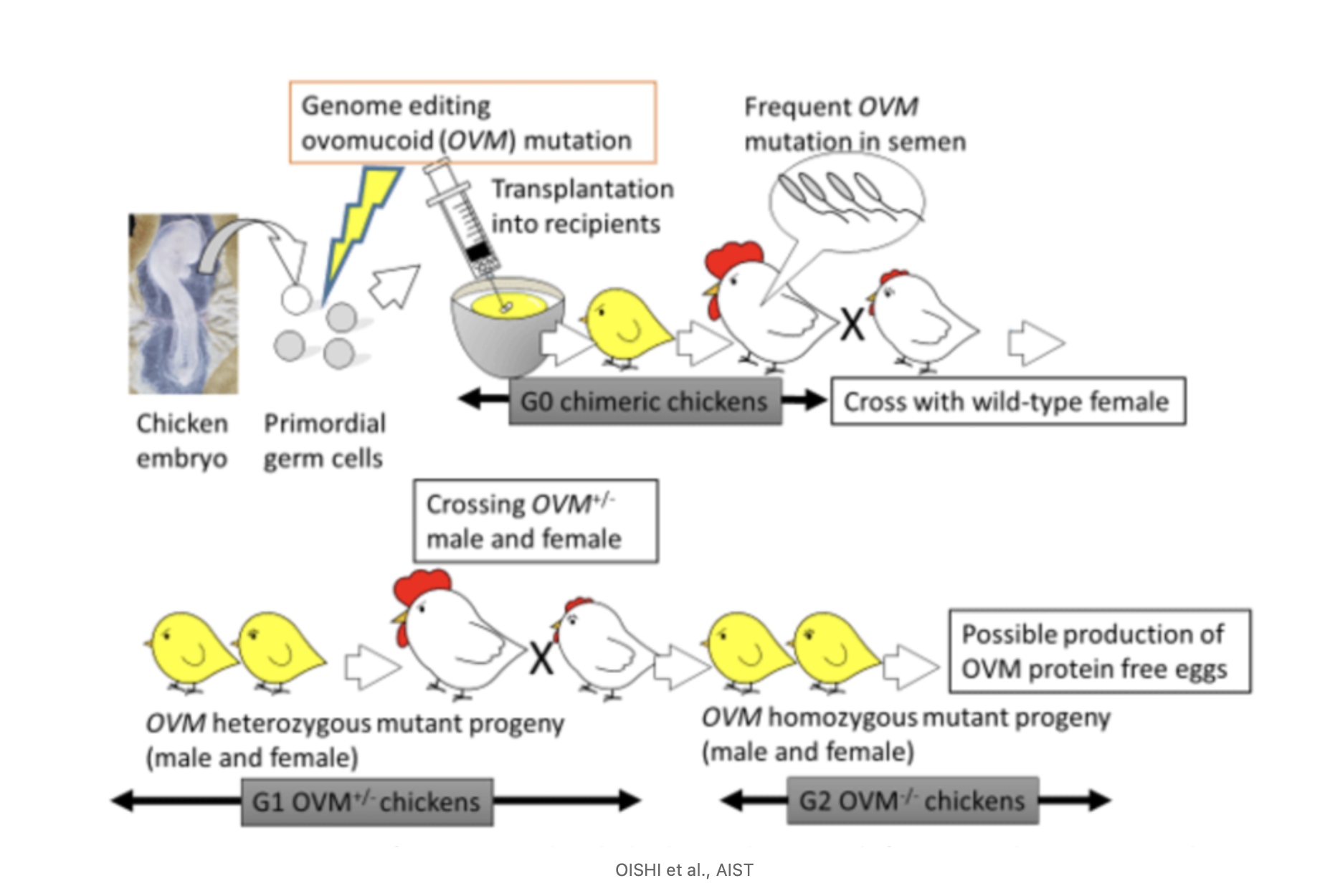 Posted in News By schmid_wordpressPosted on 31. October 2022

The team of Isao Oishi at the National Institute of Advanced Industrial Science and Technology (AIST) in Osaka has developed an “egg factory” which produces up to  500 mg of recombinant proteins such as human interferon beta, cytokines, and a human HER2 antibody per chicken egg. The method is based on knocking in the target gene into one allele of the ovalbumin gene. If the knock-in procedure would be done into both alleles, up to 1 g of heterologous protein could be formed, and no dramatic phenotype is expected for male chicken as ovalbumin works only in the female oviduct. Thus, as long as the protein to be knocked-in was not toxic, it is likely that by passing on and maintaining mutant male chicken and crossing them with wild-type or mutant females, it should be possible to produce a large number of recombinant chicken eggs.

The genome of the chicken used for these experiments was modified by genome editing: their gene for the formation of  ovomucoid (OVM), an allergenic component of eggs, had been deleted. As a result,  the chicken egg protein is hypoallergenic and provides less challenges for the purification of heterologous proteins.

High yields of biologics from an “egg factory”