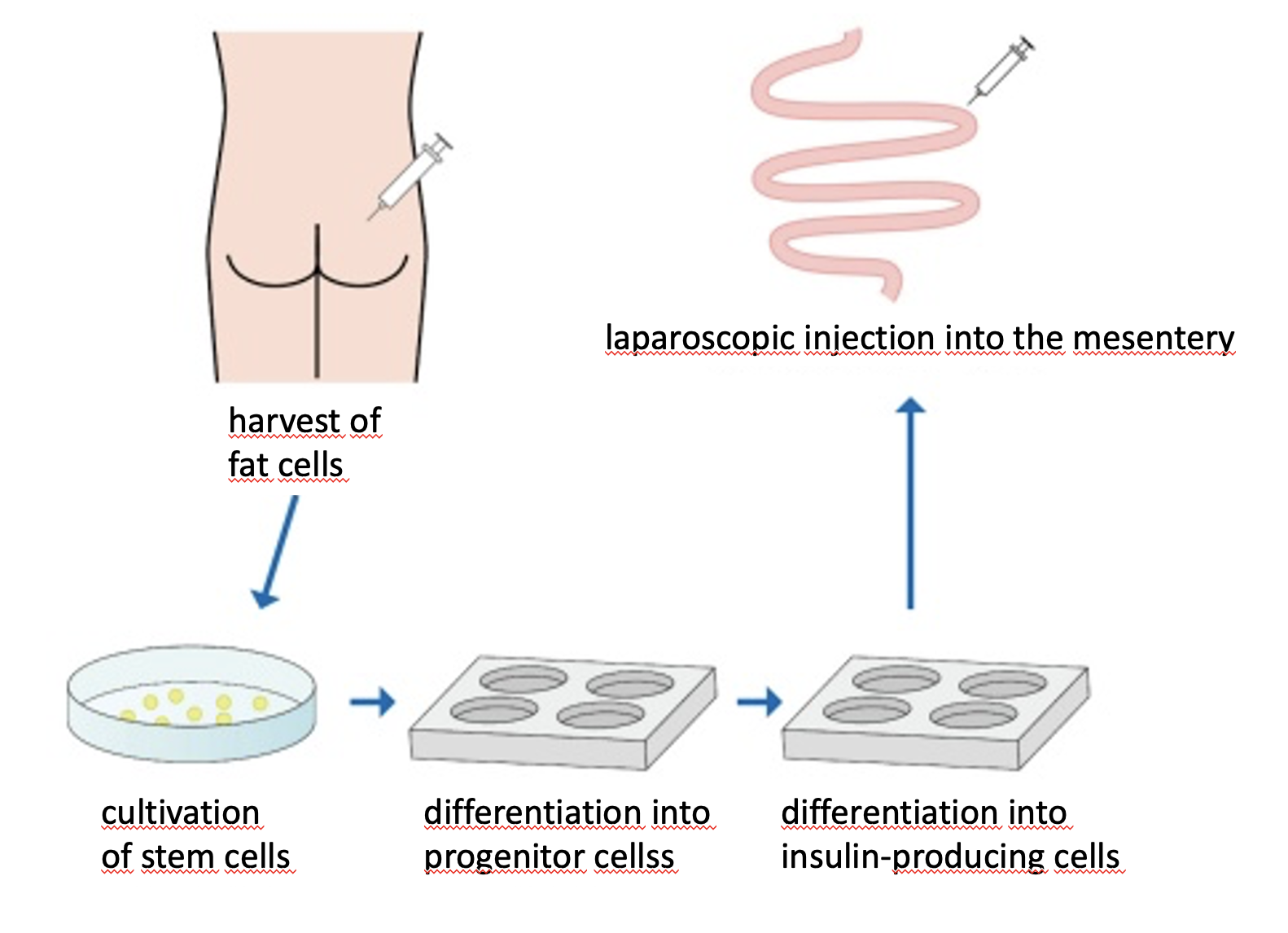 Posted in Uncategorized By schmid_wordpressPosted on 17. October 2022

The group around Tetsuya Ikemoto, a GI surgeon at the University Hospital of Fukushima, prepares for an investigator-initiated clinical trial on insulin-producing cells (IPC) derived from autologous fat cells of human patients. He has finished safety evaluation and proof-of-concept experiments using diabetic mice and pigs.

The insulin-producing cells under study are adipose-derived stem cells taken from subcutaneous fat and differentiated to resemble pancreatic beta cells. The specific procedures include: (1) collection of a small amount (several grams) of subcutaneous adipose tissue, (2) isolation of adipose tissue-derived stem cells, (3) induction of differentiation into insulin-producing cells, and (4) laparoscopic injection of the IPCs into the mesentery. Immunofluorescent staining in test animals had shown that insulin-producing cells had formed, had secreted insulin which circulated through the body via the portal vein and cells in skeletal muscle, fat, liver etc. of diabetic animals had reacted to glucose levels.

A phase 1/2 investigator-initiated clinical trial with diabetic patients is scheduled to start by the end of 2023. It will consist of two single doses, with primary endpoints including the monitoring of C-peptide, reduction in insulin requirements, and reduction in hypoglycemic attacks. Safety is considered a minor concern as the autologous IPCs have been obtained from a few grams of the patient’s own fat tissue. However, cost of treatment is an issue, because custom-production of autologous IPC cells of a patient could cost could be in the range of 10 millions of JP¥ (1 million JPY is about 7,000 €).