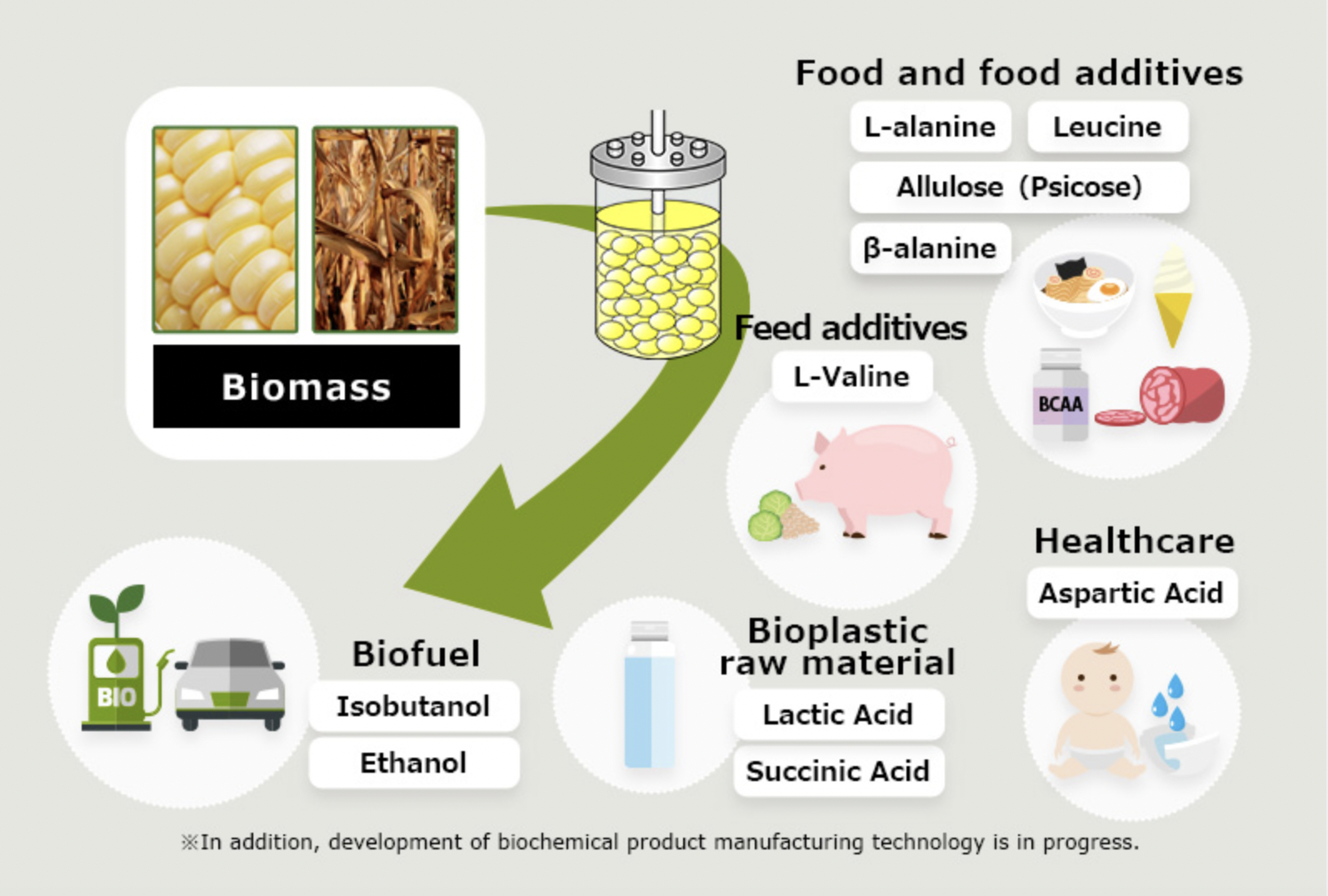 Posted in Environmental solutions, News By schmid_wordpressPosted on 6. April 20226. July 2022

As part of NEDO’s “Development of Production Technologies for Bio-based Products to Accelerate the Realization of Carbon Recycling, The  Green Earth Institute, Inc. https://gei.co.jp/en/  is constructing a demonstration base for microbial bioproduction processes (“The Kanto Biofoundry Base”) using two locations in Chiba Prefecture, its subsidiary in Kisarazu City and the Mobara Plant of Mitsui Chemicals. The Kanto Biofoundry Base will conduct process optimization and scale-up verification up to 3000 liters for commercial production of useful production candidate strains (smart cells) developed by companies, universities, research institutes and other users, as well as a human resource development program. More than 16 processes for the production of bio-derived compounds will be completed by FY2026, with the aim of commercialization.

The Kanto Biofoundry Base will contain:

Due to facility limitations, purification and sample production of low to mid-molecular weight will be outsourced.

In the latter half of FY2022, a human resource development program (NEDO special course) will be introduced, with lectures on fermentation production process optimization and scale-up methods. Companies, universities, research institutes, etc. are invited to conduct bio production demonstrations from FY2022 onward.